Allow past Warzone players to receive and share their personalized data-driven video immortalizing their accomplishments, complete with their unique stats from their entire history of gameplay. Then, to take things up a notch, also call out the friends they played with (their “squadmates”). Personalized Videos covered all of this and more in a high-adrenaline action-packed ride only fitting to the legendary Call of Duty franchise.

This was a massively successful social campaign with millions of gamers not just retrieving and sharing the Personalized Video but also tagging their squadmates, creating a chain reaction that led to instant virality.

“We’re always exploring new ways to engage our audience and give back to the Call of Duty community,” said Tyler Bahl, Head of Marketing, Call of Duty.

Within hours, dedicated members of the Call of Duty community were all in on the fun. Gamers didn’t just post their videos but also tipped each other off on how everyone could get and share their free #MyWarzoneLegacy video.

There were top influencers like TimTheTatman wracking up hundreds of thousands of views for his recap, as well as gamers of all caliber quickly getting in on the fun.

Press picked it up almost immediately. Outlining to gamers the need to not miss out, and go to the My Warzone Legacy landing page to get their free #MyWarzoneLegacy video. Despite the project launching on U.S. election day (Nov. 8), the #MyWarzoneLegacy hashtag quickly reached #4 on Twitter while also breaking a million views on TikTok and elsewhere. 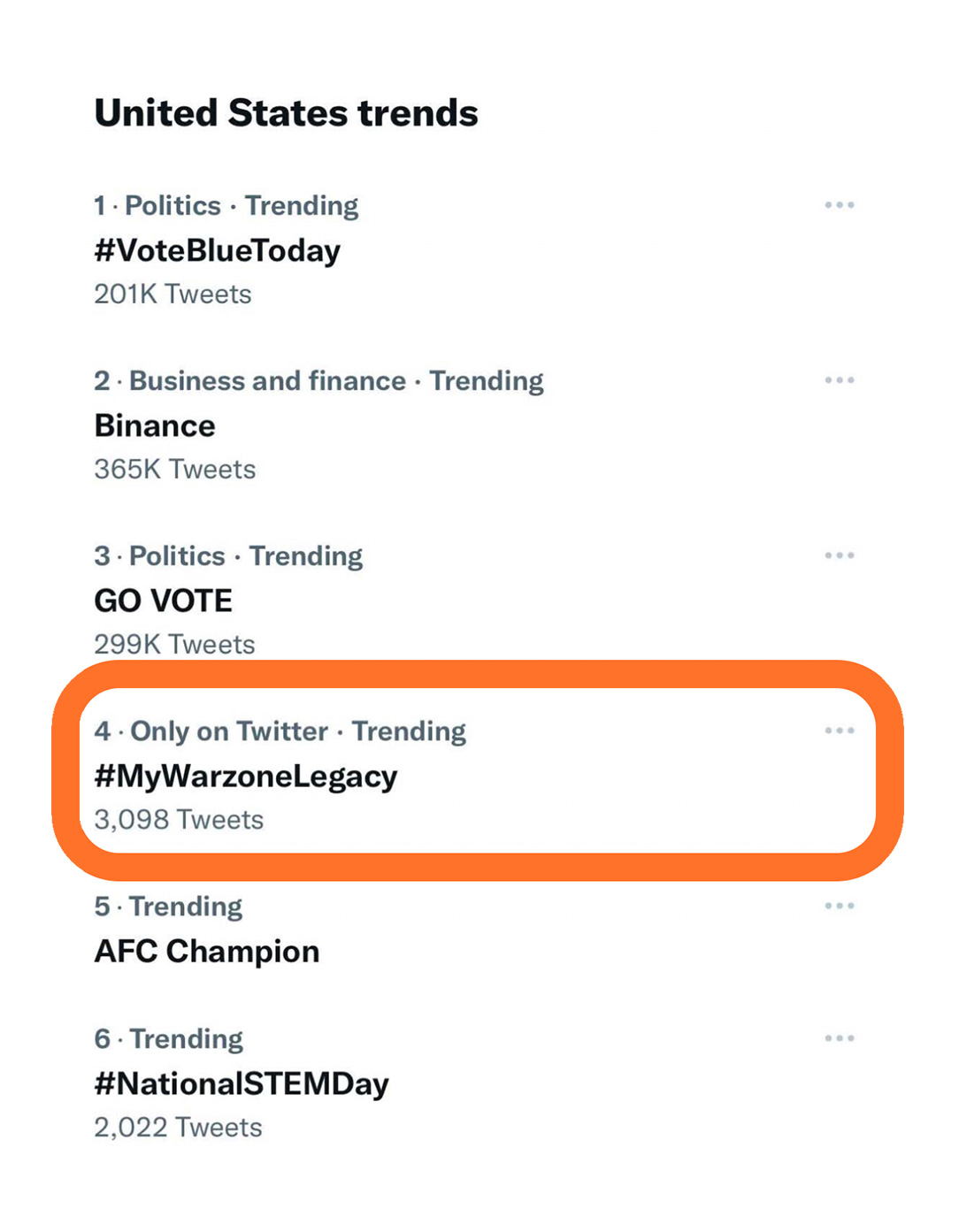 Posts were seen in 99 countries. This was made possible by the video being created in 10 languages: How did they do it?

How did the Call of Duty team deliver millions of unique videos nearly instantly?

The secret lies in our proprietary software. Idomoo is the industry leader in data-driven Personalized Videos. Our platform allows brands to create hyper-personalized data-driven videos at scale so each viewer sees a video that is unique to them, complete with their stats, their scenes and their info in their language.

Idomoo was able to render and deliver these videos in real time. Allowing millions of users to each get and share their uniquely Personalized Video — without waiting. 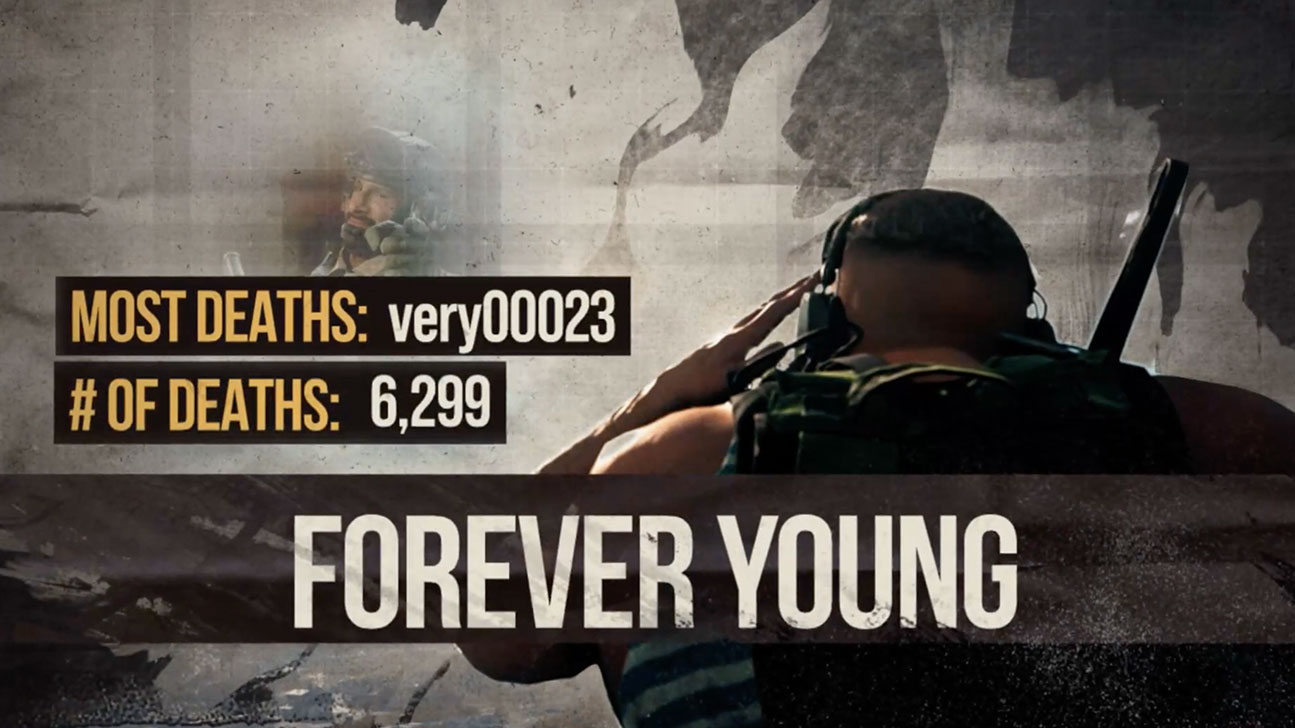 When Marcus Aurelius wrote, “what we do now echoes in eternity,” he was referring to one’s legacy.

To its players and community, Call of Duty Warzone has always been about “squadmates” and the bonds built there. So can a video game be part of one’s legacy? Well, how about the friendships and bonds formed while playing that game? For answers, head over to social media, check out the comment sections and see for yourself.

This is pretty unreal to look back at #MyWarzoneLegacy actually can’t believe the amount of memories I had in Warzone but bring on #Warzone2 going to be a blast!!!! pic.twitter.com/xCFnQn19Dp

#mywarzonelegacy might not be great but shoutout to my squad (@alexaandco, @perkinssndco, and @nacksavik) for the support. wouldn’t wanna take that many losses with anyone else. pic.twitter.com/RT0cqN3lX0

It’s amazing how emotional this video made me. This game has connected me with some of the best friends I will ever have. pic.twitter.com/CzL45J7lEp Daryl Goldberg
Daryl oversees the Global Client Services team at Idomoo. He manages projects for major clients, creating and implementing data-driven videos for some of the world's largest brands.

Go ahead — shout out some words to describe video marketing. Sleek? Modern? Easy to watch? Engaging? Now think of how you’d describe bill communication. Dry? Confusing? Boring? Boring? Did I guess right? In general, video gets labeled trendy and fun (if you said “expensive,” you need to read the first in our roundup of video marketing myths) while bill communications are considered dull. So how can video and bills — two things that are so very different — get into the same message? And why does it matter? That’s a lot of questions for one blog intro. Read ahead. We’ve got answers. The Problem With Bill Communications If you think your bill communications are tedious, we can guarantee your customer thinks the same way. Just imagine how it feels from their end. We do so much to get new customers on board with fancy advertising campaigns. Marketeers, designers, brand Japan Airlines is taking the pre-flight experience for its top customers to the next level with Personalized Video. Now, when first-class travelers scan their boarding pass, they get a video made just for them, delivered right in their JAL+ Lounge app. Powered by Idomoo’s Next Generation Video Platform, the videos include real-time flight information so travelers get everything they need to know at a glance. This includes how long it takes to walk to their gate, their anticipated arrival time and more. See one personalized example in the GIF below. Each personalized data point is up-to-the-minute accurate, and delivering this content in a video format makes it engaging and human for a next-level customer experience. What makes these videos different from any other video your airline might send you? Here’s a peek. Real-time video generation: This allows the latest flight information to sync with the video right when the viewer